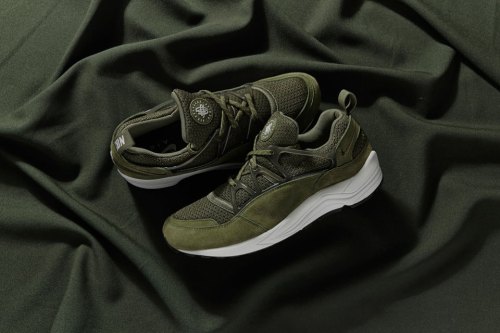 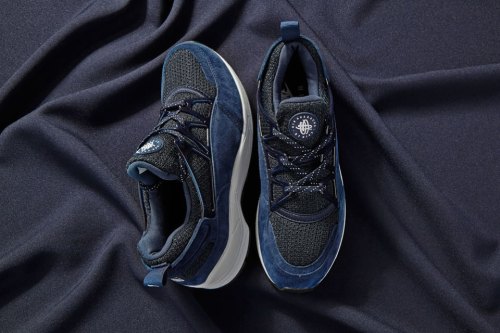 Another week another on point size? exclusive colourway of some description. Shortly after having released its collaborative size? x Nike Air Huarache Light “Mowabb” (which are available here), the UK retailer presents two new exclusive colourways of the sneaker to release soon. The Nike Air Huarache Light “Midnight Forest” Pack consists of a midnight blue colourway of the sneaker on white outer sole and a forest green colorway on white outer sole. Both feature 3M accenting on the laces, with the result being two very clean versions of the sneaker. We have a hard time choosing a favorite, as both are great for the season and very timeless and easy to wear and match. The Nike Air Huarache Light “Midnight Forest” Pack will release in limited numbers on November 7 HERE 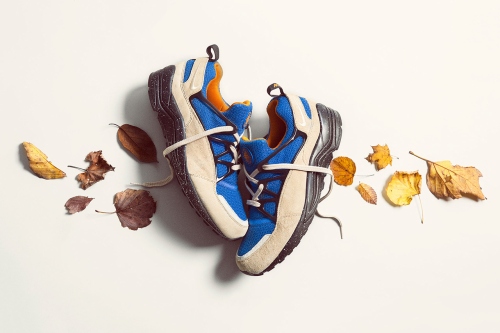 size?‘s slew of exclusive drops continue as a classic Nike colorway is repurposed for the Air Huarache Light. Inspired by the canyons and natural landscape of the Moab in Utah, the signature ACG colourway is applied admirably on the classic Nike runner with hues of blue and burnt sand all highlighted by the use of orange. The size? exclusive Nike Air Huarache Light drops on Friday, October 31 at 8am GMT (4am EST) with a retail price of £90, here 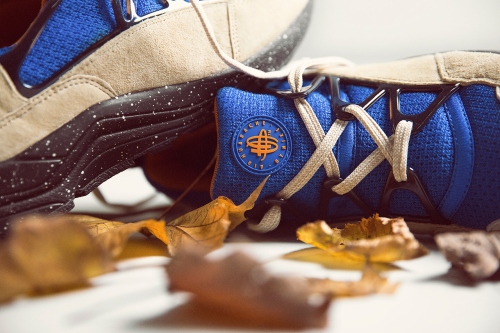 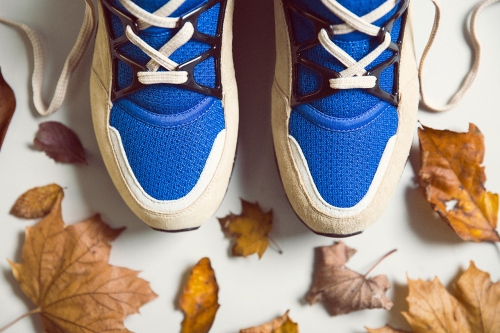 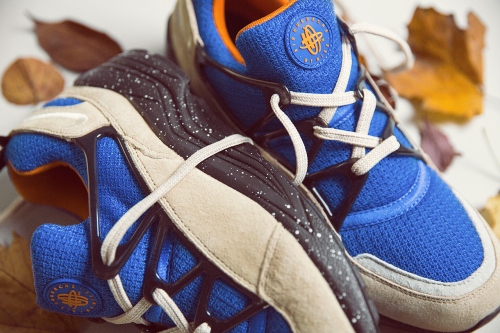 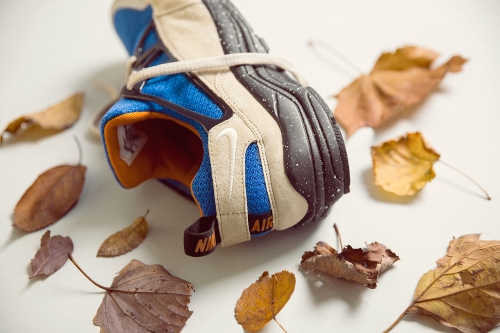 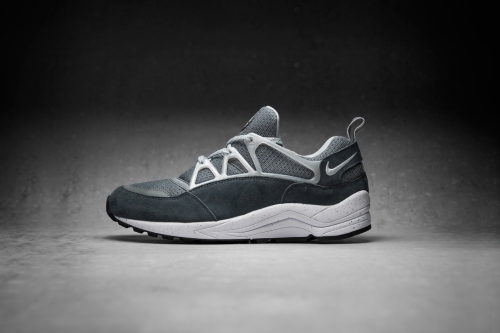 London’s own Footpatrol has teamed up with Nike to create an Air Huarache Light inspired by the grey winter days of London and how it seems to magnify the abundance of grey building facades in the bustling capital. Taking the inspiration quite literally, this Huarache Light features an all-grey upper composed of rich suede and lightweight mesh, all of which is tied together by the semi-translucent grey molded eyestays. 3M accents, embroidered tonal Swooshes, speckled laces, a light grey, speckled sole, and perforated white leather lining round out the details for these special kicks. Limited to just 500 pairs worldwide, the Air Huarache Light “Concrete” will be available in-store and online exclusively at Footpatrol starting at 9:00 a.m. local time on Friday, July 18 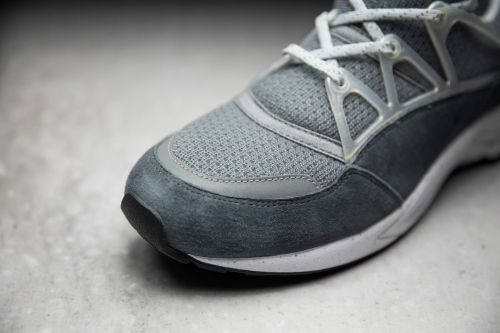 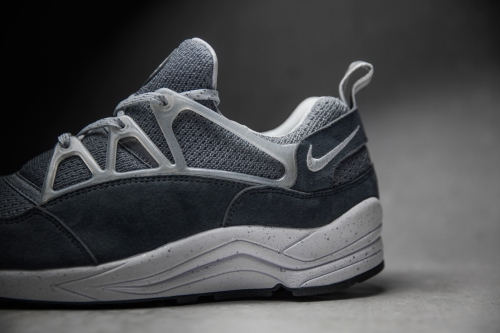 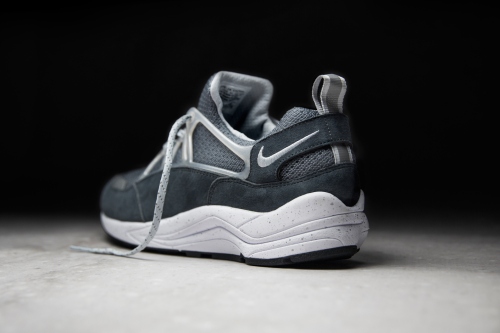 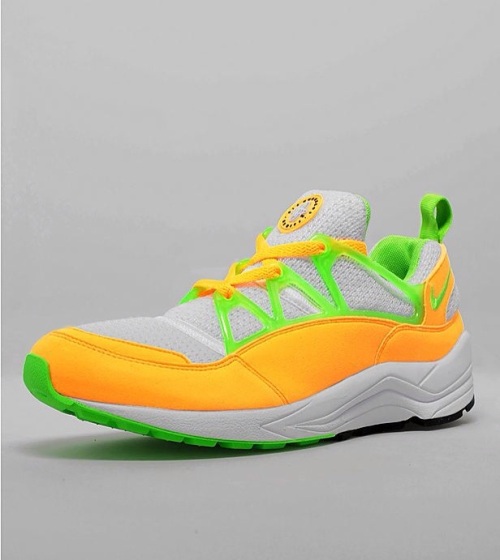 The days of quickstrikes in the kicks world has been lost for a while now. The proliferation of information out and the number of people willing to leak the info makes keeping a release secret. However, Nike and UK retailer size? have managed to pull off one of the better surprises in years with the Nike Air Huarache Light ‘Atomic Mango.’

The shoe is a beautiful progression piece that combines seldom used elements from the Huarache lineage to generate a new look. The colour scheme comes from the long forgotten Huarache Racer OG from ’94 and an unreleased version of the Huarache Burst made in 2005 but never seeing the light of day. The 2014 version uses the Huarache Light design, included the sole and not the Free version seen on the last Huarache Light-lookalikes. I’m sure some purists will find a way to down-talk them as not having minute details related to the original Lights but I like em plus expect more colourways from Nike over the next couple of seasons. Available now. 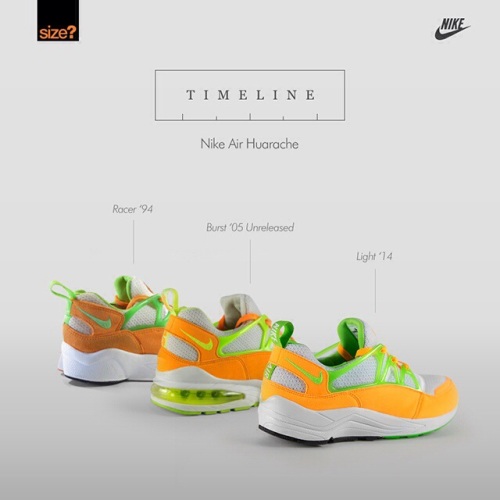 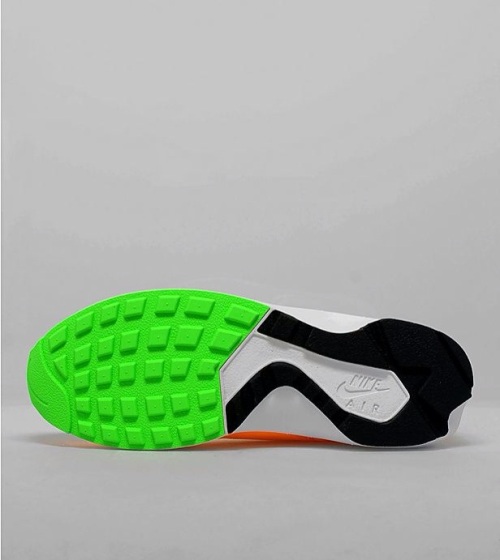 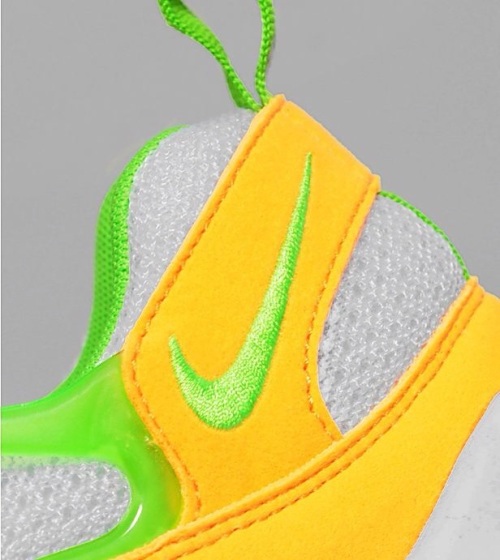 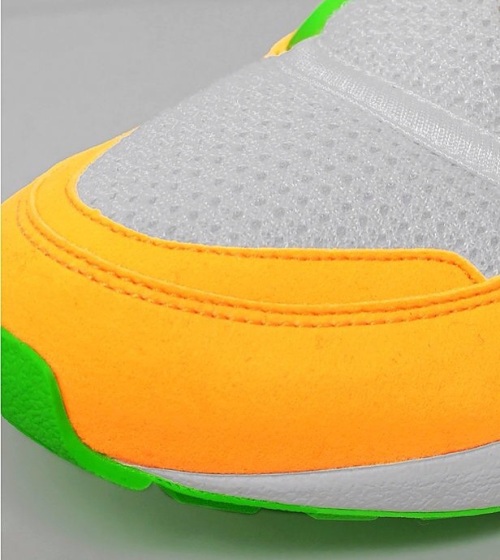 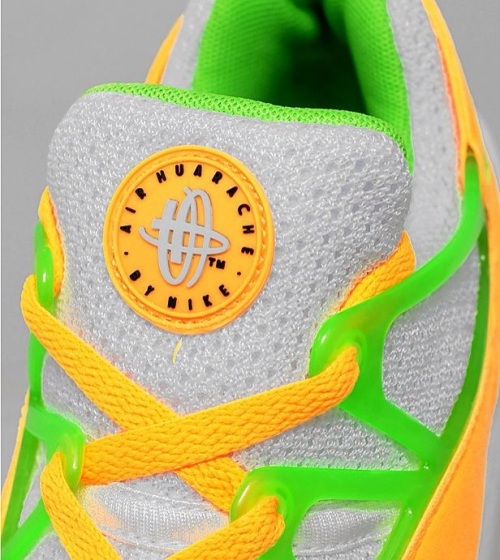 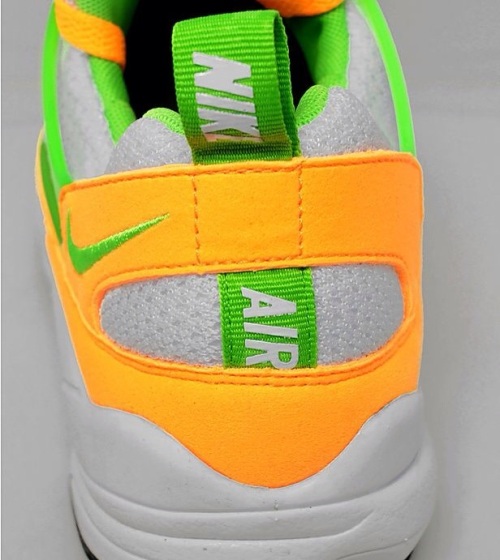 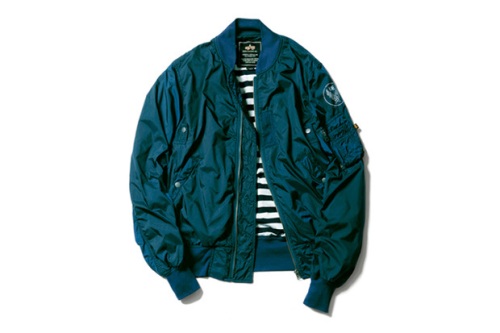 uniform experiment and Alpha Industries link up to produce the Alpha Light MA-1 Blouson. Crafted with an indigo 100% nylon taffeta exterior, the jacket features a front zip closure, ribbed hem and cuffs, two snap button pockets and a pocket on the sleeve. Simple finishing touches include a striped rayon liner and printed joint logo on the left sleeve. The Alpha Light MA-1 Blouson is currently available for order through select uniform experiment outlets. 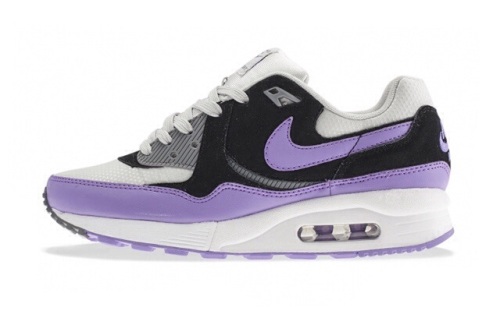 Nike’s 1989 Air Max light is the meat in the middle of the Air Max 1 and Air Max 90 sandwich, and ain’t it a tasty filling. Over the past six years we’ve been thoroughly enjoying the resurrection of the near-forgotten Hatfield hero. It’s not just the sleek design that gets us though, it’s not just the obvious Nike DNA either, the Air Max Light is an animal of its own, a sexy animal with the luring power of a minx. Seen here in a cool concoction of deep and cool grey, contrasted with atomic violet and soothed by white, this particular CW channels the era in which it was born. 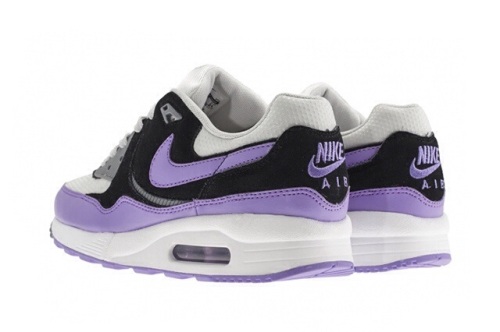 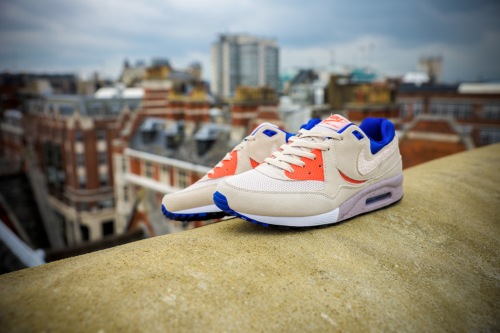 size? looks to Nike’s late ’80s legacy and footwear history for inspiration in their upcoming retailer exclusive Urban Safari Pack. Counting several different elements of Nike such as ACG and the seminal Air Safari, Lava High and Mowabb, an upcoming collection takes these inspirations and applies them appropriately via two initial releases involving the Air Max Light and Toki. The pack’s colorways include ‘desert sand/hyper blue/total crimson’ and ‘black/poison green/pink’ with a release date set for Friday, June 7. The Air Max Light is priced at £100 and £65 for the Toki 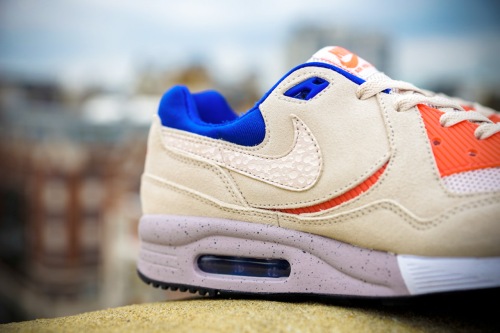 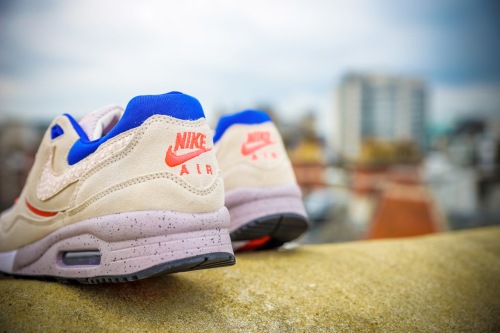 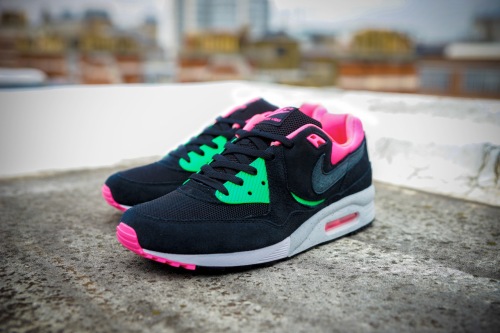 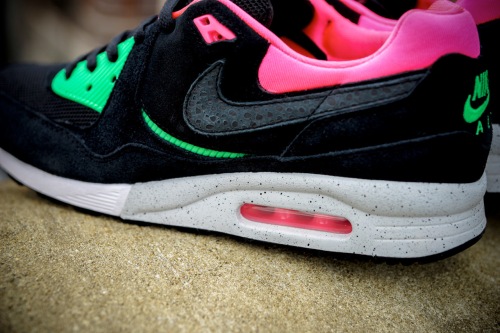 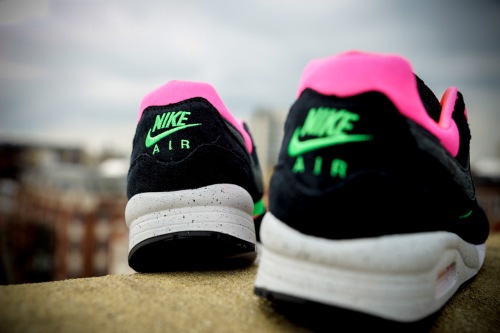 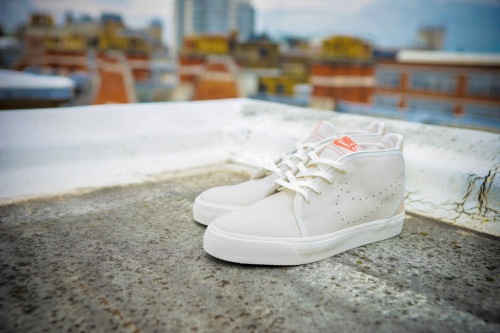 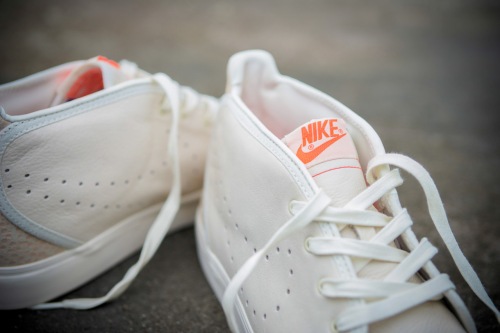 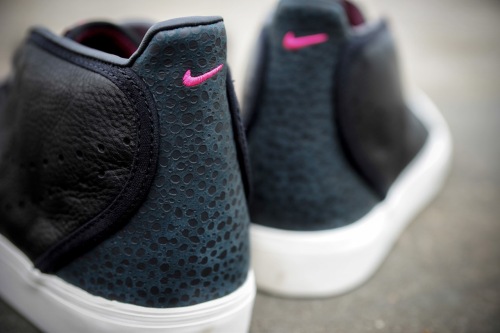