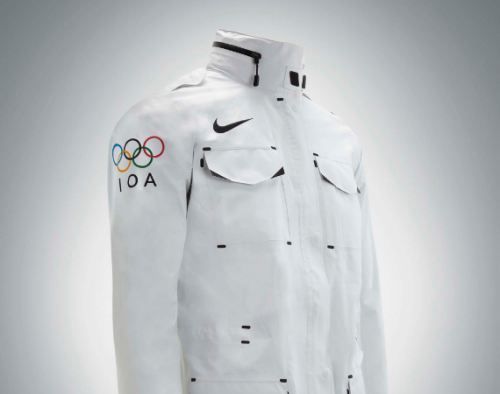 So the opening ceremony made me pretty proud to be British, I didnt think we had it in us to produce an OC that would stand side by side with the best. Anyhow two things that I found myself doing during it was a: hanging my head in shame at the amount of countries that I didnt know excisted & b: getting excited to see the team ‘uniforms’ Ralph for USA, Armani for Italy good auld Stella for GB etc etc..so the imo the best was by far Independent Olympic Athletes which Nike provided unique  uniforms for the whole team (all 4 of them!) competing in the London 2012 Games as Independent Olympic Athletes (IOA), individuals whose home nations have undergone shifting borders and governments and currently do not have their own National Olympic Committees. Three of the athletes are from the Netherlands Antilles (yep another I have never heard of!) — Philipine van Aanholt (Sailing), Liemarvin Bonevacia (400m) and Reginald de Windt — while the fourth, marathon runner Guor Marial (who will be competing in the men’s marathon on August 12th), hails from the new nation of South Sudan. In addition to competition and warm-up footwear and apparel, Nike has created an Opening and Closing ceremonies consisting of an M65 sportswear jacket and specially adapated Nike Flyknit running shoes, both featuring Olympic rings and IOA logos. The finishing piece takes the form of a knit scarf in Olympic colours, featuring quotes from young people Nike has worked with through its “Access to Sport” program. 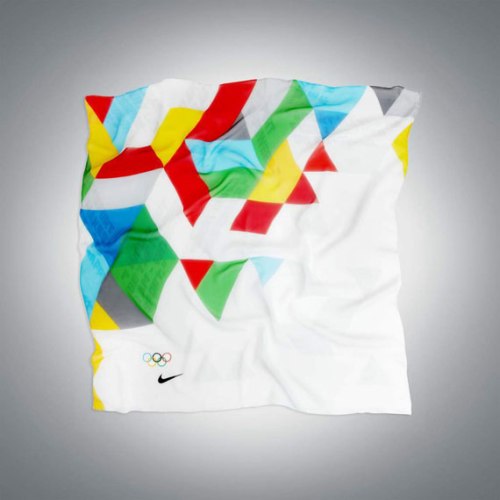