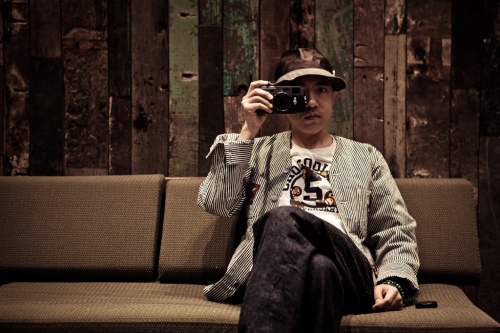 Hypebeast recently had the privilege to sit down for a free-flowing conversation with one of biggest luminaries in the world of fashion: NIGO. Having already created a successful imprint with BAPE, he has now moved on to his vintage, Americana-inspired line Human Made, which is certainly making more waves than ripples. Using prompted questions as a jumping off point, NIGO touches on everything from the Harajuku boom to his recent collaboration with :CHOOCOLATE.

If the Harajuku boom never happened… then it might actually be a good thing. Shops already existed way before the so-called “boom,” so the whole uprising was too unnatural to begin with.

The new COLDCOFFEE store provides… limited and handcrafted items. They’re the main factors behind the HUMAN MADE brand, as well as this new retail concept.

Vintage to me… is a lifestyle. Right now, I’m all into it. Cars, bikes, furnitures, vintage everything. For example, it’s pretty easy to catch a fish with modern fishing gear, but for me, I rather use the old stuff as they provide a certain challenge to the sport.

The recent workwear trend… is pretty interesting. There are a lot of variations in the market, but none really replicates the true silhouette, everything is too tailored down right now. I also noticed a strong following in Europe too, but not so in Hong Kong. Hopefully this is something Hypebeast can help with? (laughs)

The relationship with I.T… is going very well. I really respect them as they’re super efficient and they always provide me with new ideas to work with. Making the impossible possible.

The new collaboration with :CHOOCOLATE… provides a different take to the previous lineup, as this time we only incorporated Baby Milo into the fold. The two brands follow a similar aesthetic, so the merging was a easy process.

:CHOOCOLATE’s mass market appeal… is something that I admire. At this day and age, it’s really hard to have a successful and more importantly, sustainable business model.

The Chinese market… is a pretty hungry one. It’s like Hong Kong 10-15 years ago, where people are open to everything. Although it’s still at an initial stage, but it’s potential growth is unprecedented.

The power of the A Bathing Ape logo… is pretty out of control. To be honest, it’s more famous than myself (laughs). It’s amazing to see how people are still attached to the image, definitely something that I’m really proud of.

Rise of the Planet of the Apes… is not a bad film but I’m actually more of a Star Wars Fan (laughs).

Counterfeit goods… are beyond my control and it’s something that you can’t really stop. You’ll only see replicas of successful brands, so I guess its also a good thing.

Life after A Bathing Ape… it’s a good time for me as I’m in a transitional period, now I have more time to see my friends and this semi-break is a perfect opportunity to rest and think about new projects such as HUMAN MADE.

In 10 years time… I think I’ll move on to another project or brand. To be more realistic, I would think of it as “In 20 years time…” Because I believe each project takes 20 years to complete, like A Bathing Ape, we’re closing into our 20th Anniversary and it’s been a great journey. Looking at one’s life, it’ll be cool if I can reach the same level as BEAM’s president Yo Shitara, he’s 60 and he’s probably having the best times of his life. That’s exactly what I’m aiming for right now. 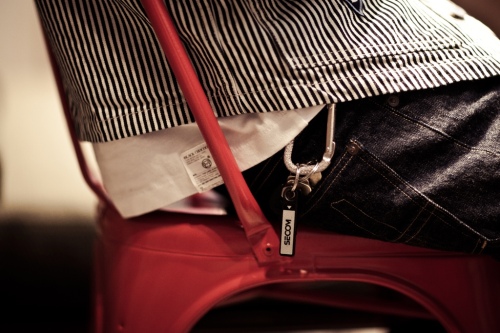