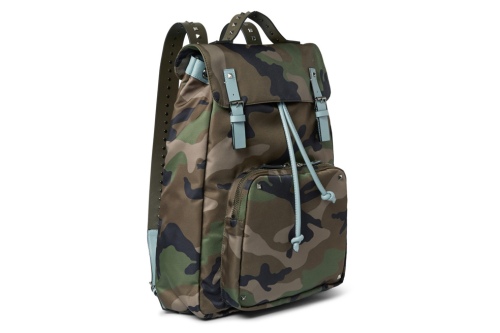 Never one to shy away from bold prints, iconic fashion house label Valentino channels their inner streetwear with the Camouflage Canvas Backpack. Like many of their accessories, including the weekender from last year, this model boasts a canvas body featuring the brand’s signature camo print along with light blue leather accents. The “Rockstud” detailing on the top handle and straps offers an edgy look that combines high fashion with an urban sensibility. Made with premium materials in Italy. Buy Valentinos Spring Summer collection here 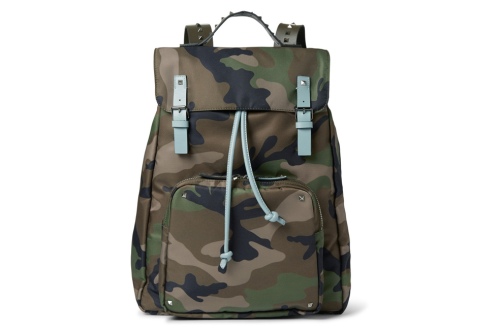 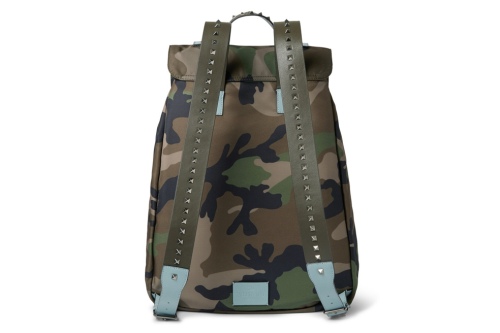 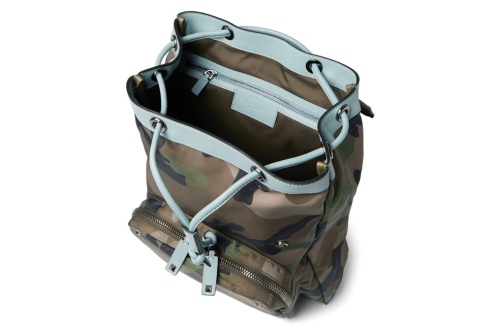 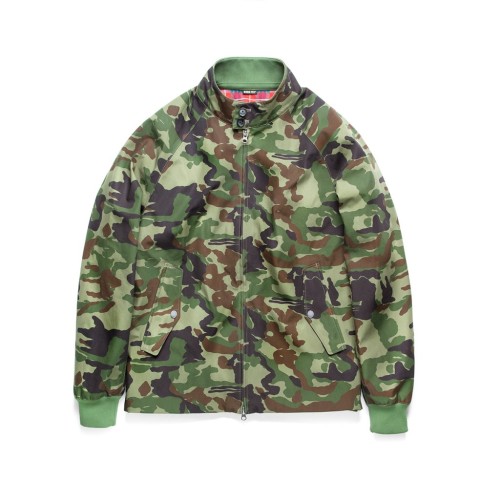 This is an eye-wateringly ace collab where Manc heritage meets Tokyo sports utility somewhere in the combat zone,  resulting in a 100% cotton GORE-TEX®  jacket with a waterproof construction that borrows from the classic G4. With the handy addition of a hidden rib in the lining to replicate the fit of the original G9 with some handy multi utility pockets within the lining for your night-vision goggles and your cigs. The Limited edition N9 is exclusivly available from Baracuta and some other store up north! 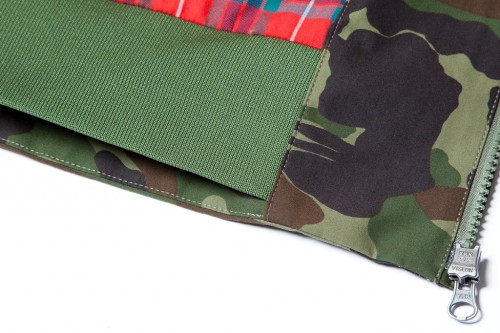 Xbox One x AAPE by A Bathing Ape 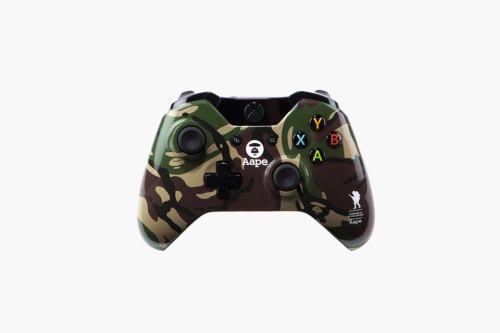 At it’s height, BAPE held the crown of streetwear like no other. Since the brand was sold by founder NIGO for the bargain price of $3m, the brand’s relevance has faded to the point that its once iconic ape head and camo patterns are a rarity on streets now awash with box logos and avant-garde sportswear. This like many colabs today are just lazy marketing companies getting together. but that being said who wouldnt want a AAPE Camo Xbox One, on sale in Japan now.

Posted in A Bathing Ape, AApe 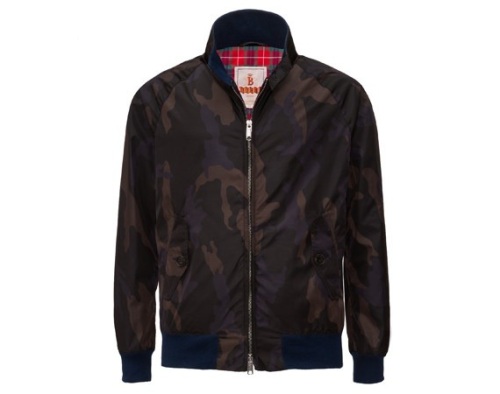 For Spring Summer 2014, renowned British outerwear brand Baracuta is teaming up with a selection of high-profile Japanese retailers for a refreshed take on the iconic Baracuta G9 Jacket. The joint venture with Barneys Tokyo yields a woodland camo print edition complemented with navy blue ribbing at the cuffs and waist. Built with a lightweight nylon taffeta shell, the jacket features a standing collar, slant pockets with button-through flaps and zip-front closure. Signature original Fraser Tartan lining rounds out the details. The Barneys Tokyo x Baracuta G9 Jacket is available now through Barneys online store, as well as Baracuta’s webstore for stateside customers.

The North Face Purple Label reports back with two new offerings taken from its current Spring/Summer 2014 lineup. The Camouflage Mountain Wind Parka is crafted from a wind and water-resistant nylon taffeta fabric and comes with just the right amount of practical knick-knacks you can expect from a respected outdoor outfitter. On top of that, they throw in a matching long-sleeve button-up as well, made from COOLMAX fabric, providing unchallenged moisture management, and retaining a dry and comfortable wearing experience as a result. 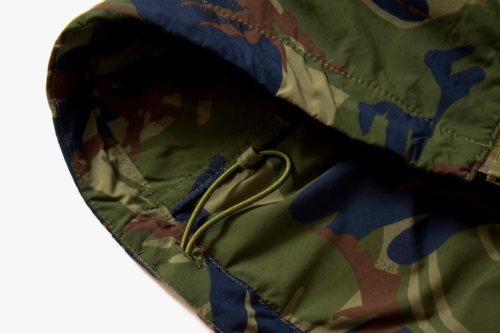 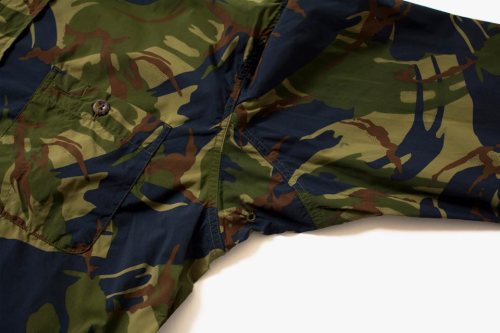 Valentino builds upon its newfound appreciation for camouflage with a special capsule collection with retailer ISETAN in the Shinjuku ward of Tokyo. The Italian brand diverts from the original intention of the camo print by mixing in bright neon colors for a unique contrast that proves to be simple, yet refreshing. The three-part range includes a lightweight nylon hooded parka, T-shirt and pair of sneakers, each of which will be available in store later this week.

To mark the opening of its Nike Berlin flagship store on Tauentzienstr, the athletic wear giant created a special color scheme based on last year’s Nike Air Max 1 SP “German Camo” from the popular  “Country Camo” Collection. Technically known as Flecktarn, or “Spotted Camouflage” in German, the disruptive pattern became a standard issue among the Heer (Army), the Luftwaffe (Air Force), and the Marine (Navy) of Germany by the early 1990s. Comes in variations of 3-, 4-, 5- and 6- color patterns, other nations also apply similar design to their combat uniforms, including India, China, and Japan.

50 pairs were made of this Nike Air Max 1 SP “Camo – Germany”, though sold to friends and family only. There will another opportunity still as Sneaker Freaker Germany and BEINGHUNTED hosts a giveaway this week. In the meantime, you can visit the new Nike Berlin West at Tauentzienstr. 9-12. 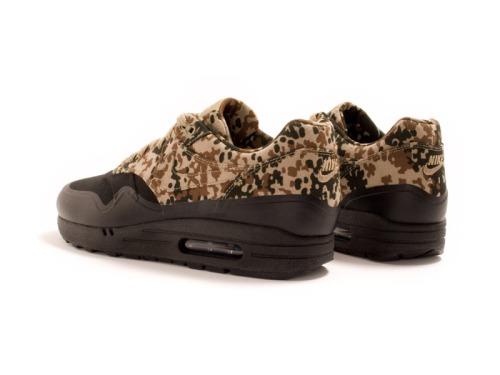 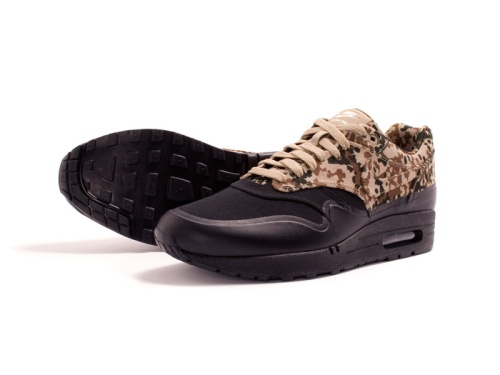 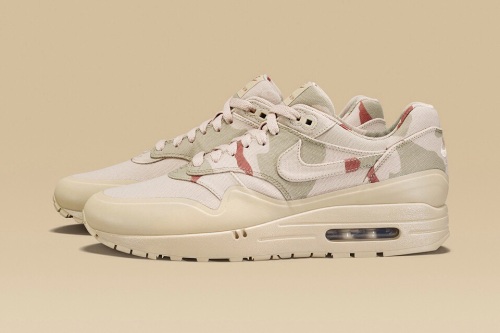 Nike will soon release the above Air Max 1. The sneaker is a continuation of the previously released Country Camo Pack by the brand. Featuring a seamless lower part and a canvas upper with the classic US desert combat camouflage pattern all-over, the limited edition sneaker will come to select retailers across the globe this weekend. The tonal branding and outer sole give the sneaker a very clean overall appearance. You can be sure that these will go fast, so keep an eye for the drop at your local sneaker store.

SOPHNET. has teamed up with British outerwear specialist Barbour to offer its take on the slim-fit Bedale Jacket. This collaborative version features a predominantly olive-tone camo waxed cotton exterior and a MultiCam-esque camo interior. A multitude of pockets inside and out, a contrasting corduroy collar, and an optional zip-in liner and hood round out the details for this great looking jacket. Look for this at SOPHNET. stockists soon.