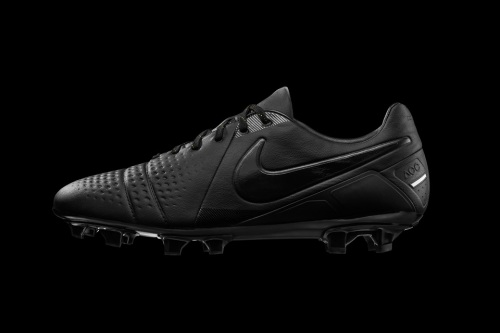 I had to post this up, call me old skool but football boots should be black and I can remember the last time a new boot released and it followed the OG tradition. Nike Football says goodbye to one of their most beloved boot silhouettes with an all-black, limited-edition version. The idea behind the blacked-out CTR 360 was to turn “the lights out on the CTR 360,” in addition to the all-black colorways used when athletes wear-test new models. The boot’s textured upper helps provide a layer of depth while a hint of reflectivity in the laces finishes things off. Look for the limited- edition, individually numbered boot to hit nike.com in the coming days.