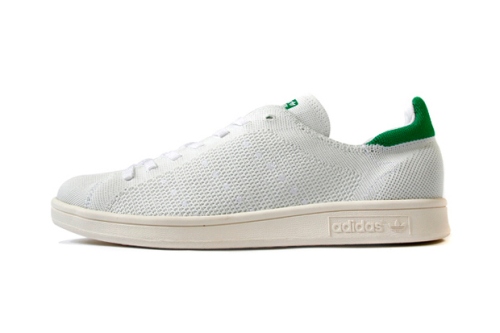 Since it’s re-release at the start of the year, we’ve seen a number of different looks for the adidas Originals Stan Smith, including some luxurious varieties and even a few customs courtesy of Pharrell Williams, and now adidas Originals is giving the classic silhouette a new twist with the release of this Primeknit version. Instead of the traditional leather uppers, this new model features a fully knit upper in the traditional white and green. In a nice mix of old and new, this shoe retains the original off-white rubber sole for a timeless look. No word on a general release date yet but you can pick these up now at Taiwan’s Invincible.