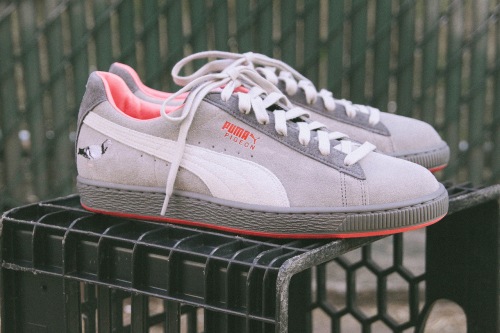 Jeff staple and PUMA have just released the details on their upcoming project, the “Puma Pigeon Suede.” The sneaker features the Staple Design signature New York City “Pigeon” on the heel and dons a tonal grey suede throughout with subtle orange accents. The upper features the same tonal grey used throughout the sneaker as well as “PUMA Pigeon” lettering embossed. Exclusively handcrafted in Japan under Puma’s “Made in Japan” campaign, the sneaker will only be made in a quantity of 500 pairs worldwide. The sneaker is slated to release on April 17, 2013 in-store only at Reed Space in New York City. A worldwide release is scheduled for May 3, 2013. 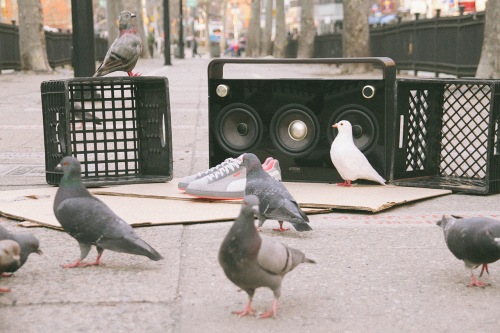