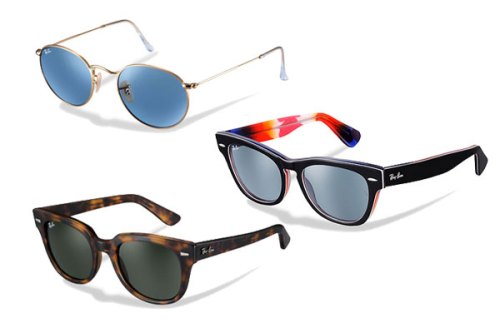 Ray-Ban celebrates being an international cultural icon for 75 years and does it by releasing theLegends Collection, consisting of reinvented classic Ray-Ban frames and two new styles – Laramy and Meteor.

On the classic Aviator and Round gold frames, Ray-Ban introduces to it tinted lenses in pink, green and blue representing sunglasses in the 60s. While the new Meteor and Laramy frames come in a choice of vivid colours and tortoise shell.