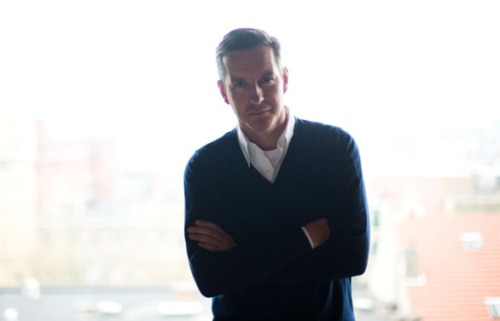 Hint Magazine gets their “One Sentence or Less” on with a designer interview. Dries Van Noten gets into form. The concept is simple. Keep it short and to the point. Starting off with “What did you do immediately before this questionnaire?,” Mr. Noten responds properly: “Dread its completion.” Read the full interview below

What did you do immediately before this questionnaire?
Dread its completion.

What will you do immediately following this questionnaire?
Sigh with relief.

What is your idea of bliss?
Turning the soil or pruning a bush.

What is your idea of misery?
Bullied onto a path I have not chosen.

What is your proudest moment?
My 50th fashion show.

What is your greatest regret?
None so far.

What would be the first sentence of your biography?
Often taken for a world traveler…

What is your best personality trait?
Loyalty and perceptiveness.

What is your worst personality trait?
Reservedness.

What would you ask for if you were granted one wish?
That timidity be banished.

What is your greatest fear?
Fear itself.

What has been your greatest loss?
The death of my business partner and company co-founder Christine Mathys.

What historical figure would you most like to meet?
Queen Elizabeth of Belgium.

What have you marched in the streets for/against?
To get to Goosens, the great bakery in Antwerp, for their currant bread.

If you could live out one fantasy, what would it be?
That creativity is embraced as much in adolescents as it is in children.